ALL THERE IS – BORN TO ROCK 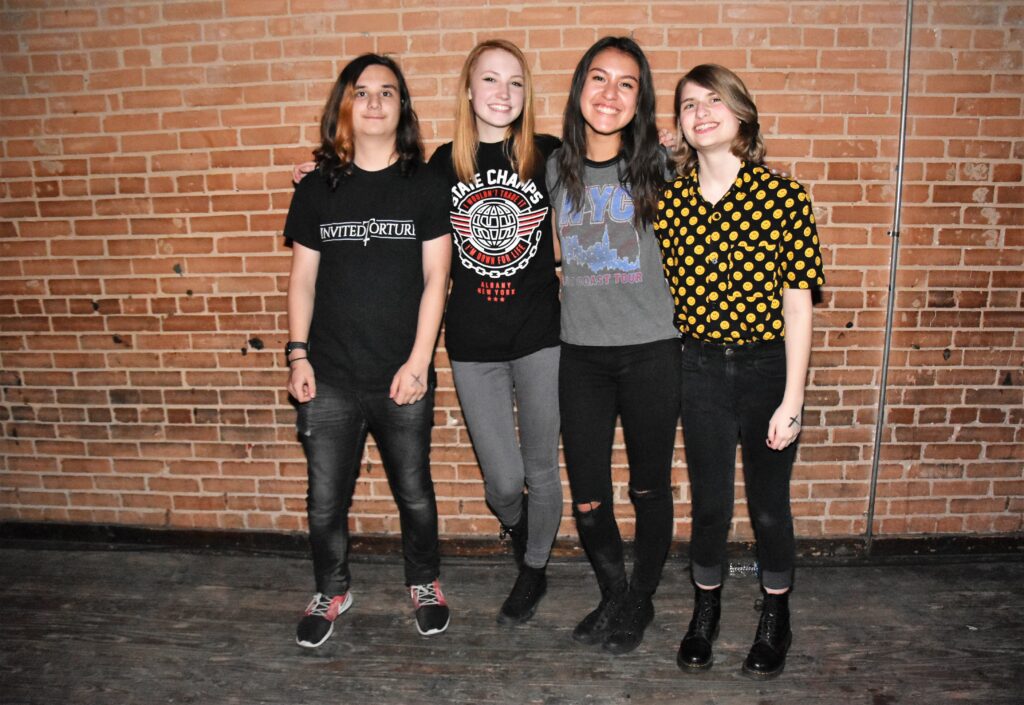 All There Is at The Prophet Bar competing in the Wildflower! Battle of the Bands Qualifier Round

Sofia Mora and Kelly Condy met in grade school and always dreamed of being in a band. They joined School of Rock Plano to gain some experience on stage. This was a pivotal point on their music journey. There, they met Alex Gore, and played countless shows. The most memorable being the main stage at House of Blues, Curtain Club, Three Links, TUPPS Brewery, RBC, and many, many more. The three were great friends and naturally, ALL THERE IS was born.

Kelly, the bassist, started out on drums. After performing a very underwhelming performance of Drown by Bring Me the Horizon in 8th grade, she decided to switch to bass. Music has always been a huge part of Kelly’s life and she has also won awards for her movie-making skills.  Kelly is excited to combine her love of movies and music in the making of ATI’s new music video (coming soon!).

Sofia is the leading vocalist and rhythm guitarist. She has been in love with music since she was young, but realized she wanted to play in a band in middle school. Sofia spends her free time playing with the band and participating in technical theatre in school.

Alex is the lead guitarist. When she was younger, she wanted nothing to do with music, but overtime has fallen in love with it. Alex now spends all her time listening to tunes and writing music.

Luke Linder, the drummer, is the youngest and newest member of the band. He adds a punch and is the solid beat behind All There Is.  Luke has already made the rounds in bands, including Invited Torture, Square-Zero, and Pope Shadow.

ALL THERE IS has played at HIDE in Deep Ellum, fall festivals, and several private parties. The band is super excited to be competing in the Wildflower! Battle of the Bands Qualifier Round.  Check out the band live on Saturday, April 14, 2018 at The Prophet Bar.  Doors open at 6:00 p.m. and ALL THERE IS will rock their set at 7:50 p.m. The judges will announce the scores after the sets conclude and those selected will advance to compete in the finals at the Wildflower! Arts & Music Festival on Saturday, May 19, 2018 at 4:15 p.m. on the Plaza Stage.  #WAMFest2018 www.wildflowerfestival.com

This is just the beginning.

Find out more about the band: 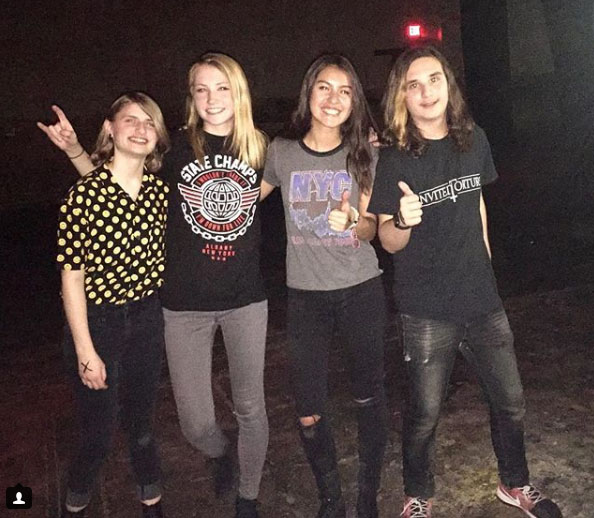