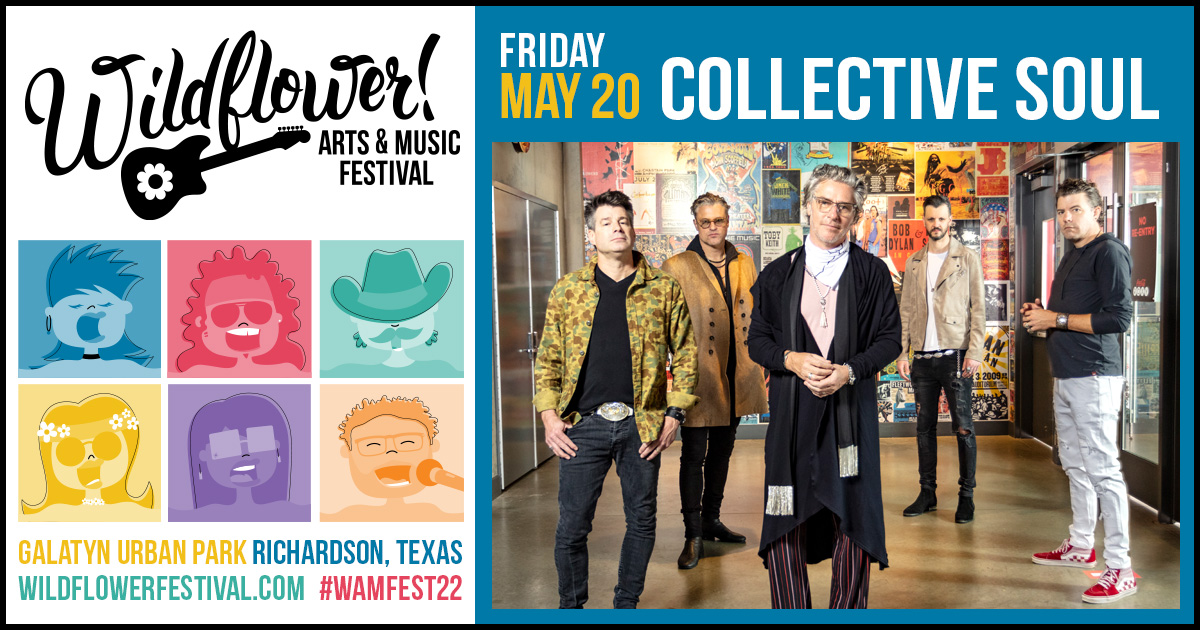 Presented by the City of Richardson, The Wildflower! Arts & Music Festival will return as a live festival May 20-22, with tickets on sale today. Festival attendees will enjoy a variety of musical performances from both local legends and internationally renowned artists, a battle of the bands, a songwriters contest, a silent auction, culinary offerings from food vendors from throughout Dallas-Fort Worth, kids activities and more.

Highlights of the confirmed festival lineup include:

Additional artists will be added to the lineup, and updates – including a complete Festival schedule – will be announced on the festival’s website and social media channels.

Tickets can be purchased at www.wildflowerfestival.com. Sales include VIP packages, weekend passes and daily admission tickets. Pricing for 2022 festival tickets is $35 single day, $75 three day pass and $400 Friends of the Festival VIP Packages, and children 12 and under will receive free admission all weekend.

Friends of the Festival VIP packages will include access to the Texans Credit Union VIP Hospitality Lounge plus rock-star seating near the main Methodist Richardson Amphitheater Stage. 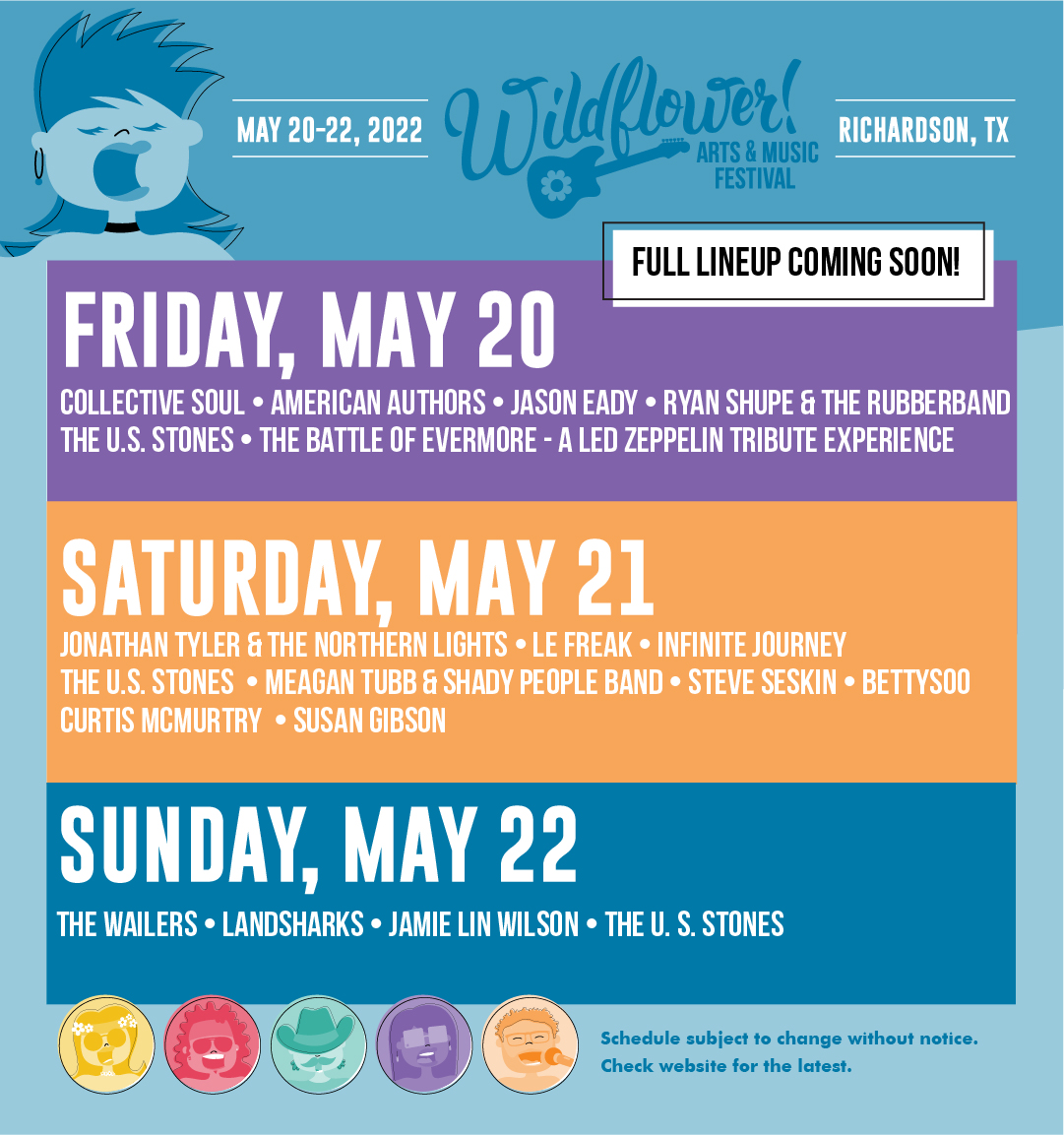 The annual, three-day event will be held at Galatyn Urban Park, located just north of Galatyn Parkway on the east side of U.S. 75 (Central Expressway) in Richardson.

Festival Food and Other Attractions

In addition to musical performances throughout the weekend on the Methodist Richardson Amphitheatre Stage, Bud Light Stage, CityLine Stage and Singer Songwriter Stage, the Festival will feature various food and drink options, family-friendly activities and shopping from local vendors.

Complimentary parking will be available within the nearby surrounding area. Festivalgoers are encouraged to take advantage of the DART Red Line light rail, which stops at the Galatyn Park Station, located immediately adjacent to the west side of the Festival grounds.

For more information and to purchase tickets, visit www.wildflowerfestival.com.