MUSIC IS OUR FLIGHT INTO A NEW WORLD 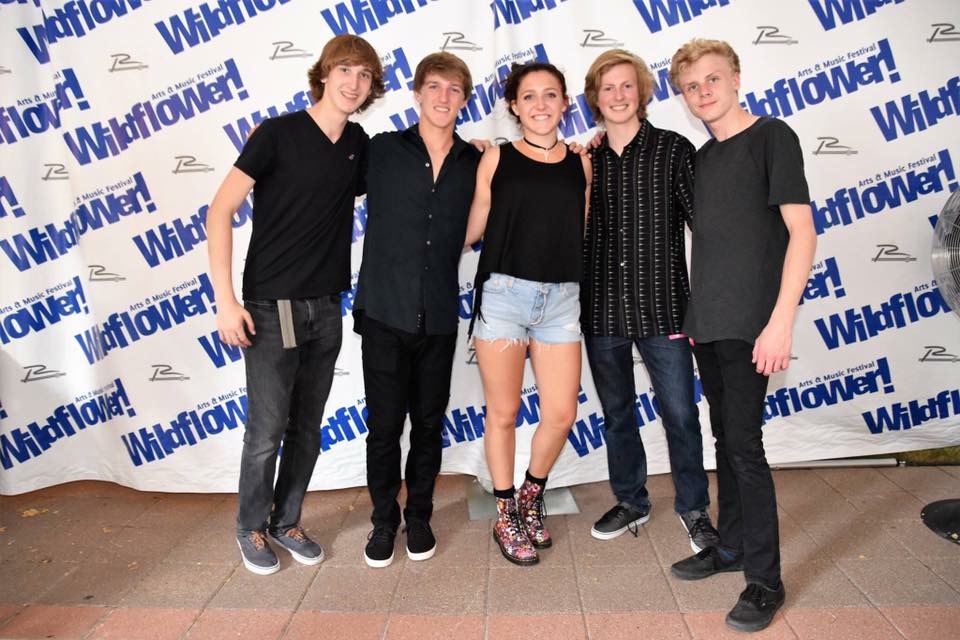 “We liked our original name but it would get confusing announcing ‘Tuesday Night on Saturday Night.’ As such a generic name it had problems – we were often hot linked on social media accidentally to random events scheduled for Tuesday nights across the nation (haha!) and is difficult to find through a Google search.”

When asked what does the new name The Fifth Flight mean, “There are five of us and music is our flight into a new world of music.” The band started over two years ago with Band Aid School of Music and the only original band members are Lee and Hunter.  Then Jacob and Maggie joined and Josh was also added.  Finally, the perfect mix! 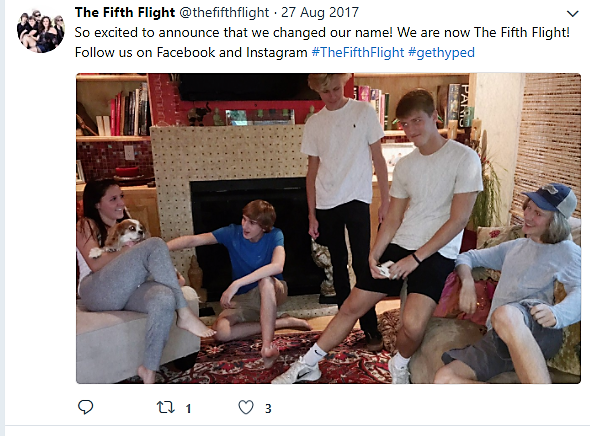 The Fifth Flight has a unique music style that combines elements of jazz, funk, and alternative rock music. Their blend of techniques is created by a diverse personal background ranging from rock and funk bands to orchestras and jazz bands. When it all comes together it makes a pretty awesome sound.

They have been preforming multiple gigs each weekend at hotels, bars, restaurants, house parties and holiday events including Mohawk, Teller’s, Scholz Bier Garten, Relay for Life, Stubb’s BBQ, Austin Beer Garden & Brewery, Rudy’s BBQ, Rockin’ Tomato, HAAM Benefit, The Door in Deep Ellum, Austin Trail of Lights, The Gatsby, Cuerny Jam and Wildflower! Arts & Music Festival. They have also won many local competitions and battle of the bands including Westlake battle of the bands, Jamfest and placed 3rd in the 2017 Wildflower! Battle of the Bands Final Round.

Saturday, April 14, 2018 The Fifth Flight will take the stage at 8:40 p.m. at The Prophet Bar to compete in the Wildflower! Battle of the Bands Qualifier Round.  The winners announced at the end of the sets will advance to the final round to be held on the Plaza Stage at the 26th Wildflower! Arts & Music Festival in Richardson, Texas on Saturday, May 19, 2018 at 4:15 p.m.  Stay tuned for the results! #WAMFest2018 #TheFifthFlight