PETER FRAMPTON, TOADIES, HOOBASTANK AND MORE TO PERFORM MAY 20-22 AT #WAMFEST2016 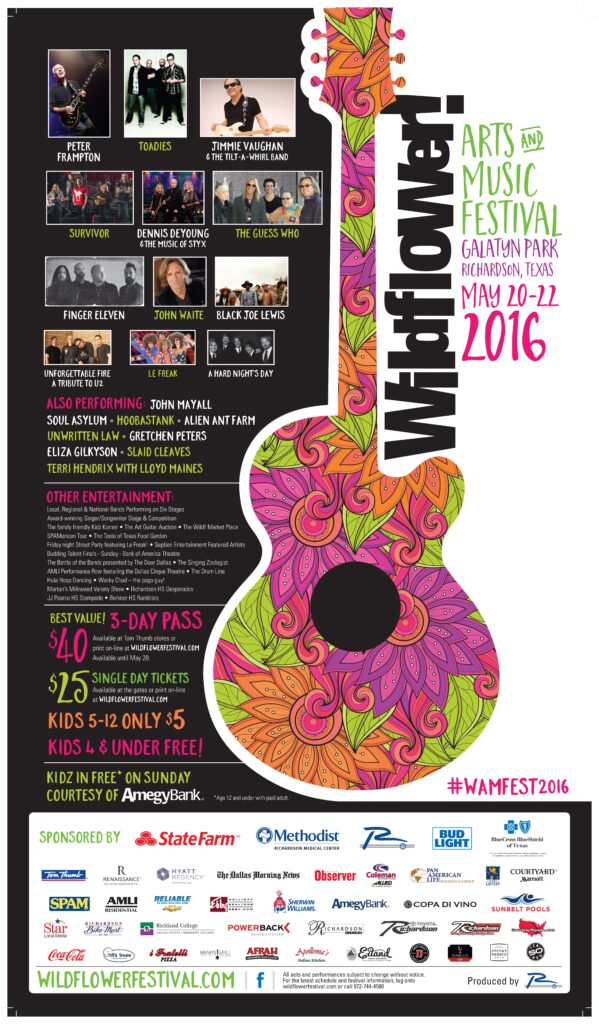 Earlier this year the City of Richardson released a star-studded first round of the 2016 musical lineup for the 24th annual Wildflower! Arts and Music Festival being held May 20-22 in Galatyn Park. The list included a nightly performance by Unforgettable Fire – A Tribute to U2 and 13 additional top artists:

Approximately 40 additional artists and bands have since been confirmed to perform on six different stages. The lineup has been infused with a variety of local and national acts performing the best in classic rock, R&B, country, pop, disco, progressive rock, alternative, and folk music: 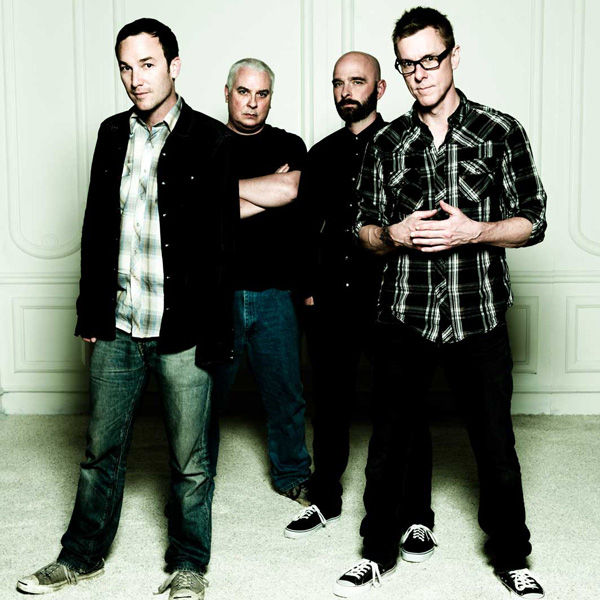 Download the full 2016 Wildflower! Arts and Music Festival schedule for exact performance times and stage details. Tickets sales started Monday, April 18th and available online www.wildflowerfestival.com or at any Metroplex Tom Thumb store. The three-day pass is $40, single-day adult tickets are $25, kids age 5-12 one-day is $5, and admission for kids under 4 is free. Discounted tickets are available to City of Richardson residents, with proof of residency.