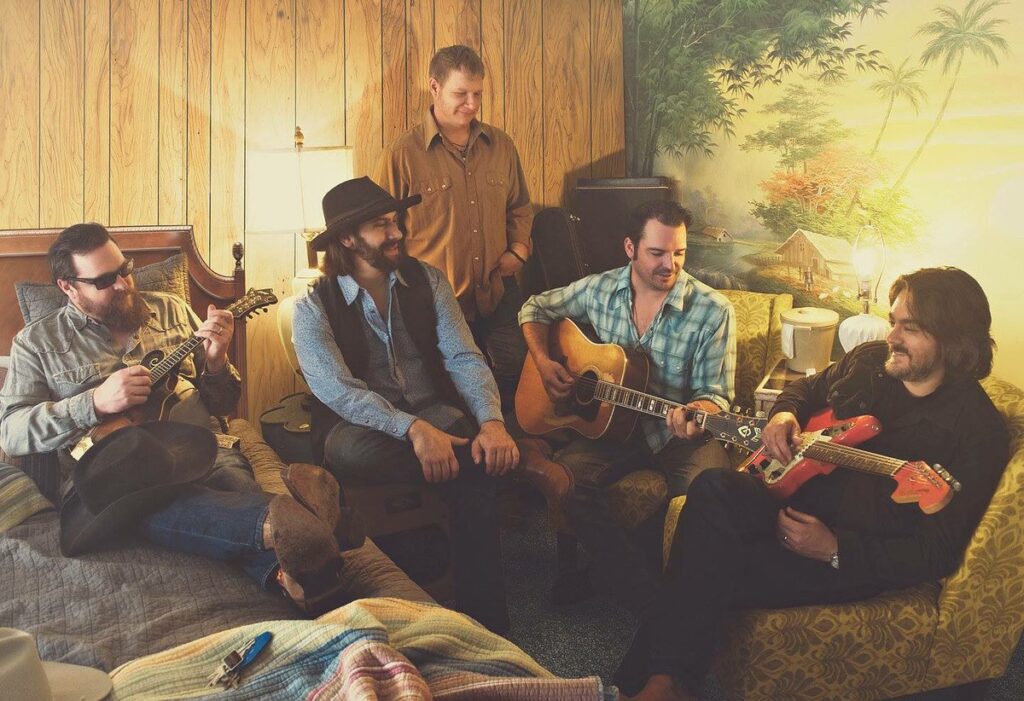 Reckless Kelly is a band with an apt name, an outlaw spirit and the musical prowess to back it all up.  Taking their name from legendary Australian highwayman, Ned Kelly, this Austin-based band has generations of musical talent and expertise influencing their truly unique sound.

Born from the dreams of two brothers, Reckless Kelly began with Cody and Willy Braun.  Children of performers themselves, the Braun boys started out touring the country as part of their father’s band, Muzzie Braun and the Boys. They performed in a variety of places, eventually making their way onto The Tonight Show twice. Working alongside their father, the boys learned what it would take to create and maintain their professional careers – integrity, persistence and hard work coupled with hardships, struggles and many lessons learned. The true definition of the American Dream.

Reckless Kelly has had a string of critically acclaimed albums such as Under the Table and Above the Sun, Wicked Twisted Road, Bulletproof, Somewhere in Time, Grammy-nominated Good Luck & True Love and Grammy-winning Long Night Moon. They also have worked with prestigious record labels such as Sugar Hill and Yep Roc and created their own label No Big Deal. Their newest album, Sunset Motel, was self-produced in Arlyn Studios and mixed by the legendary Jim Scott. Songs such as “Volcano,” “How Can You Love Him (You Don’t Even Like Him)” and “One More One Last Time” hit one emotional peak after another, and you can hear the power and conviction that Sunset Motel brought to the listening experience.

While their sound has been constant over the 20 years since its founding, Reckless Kelly continuously wants to grow their audience. Having knowledge their existing fans will continue to enjoy their music, they recently moved on to playing in performing arts centers and listening centers to provide a more focused and intimate experience with their audience.

Reckless Kelly is set to perform Sunday, May 20, 2018 at 4:30 p.m. on the Methodist Richardson Amphitheater Stage at the 26th Wildflower! Arts & Music Festival. #WAMFest2018

Sunday tickets start at $5 for kids and $15 for adults with more ticketing options for the three-day festival weekend available online: www.wildflowerfestival.com