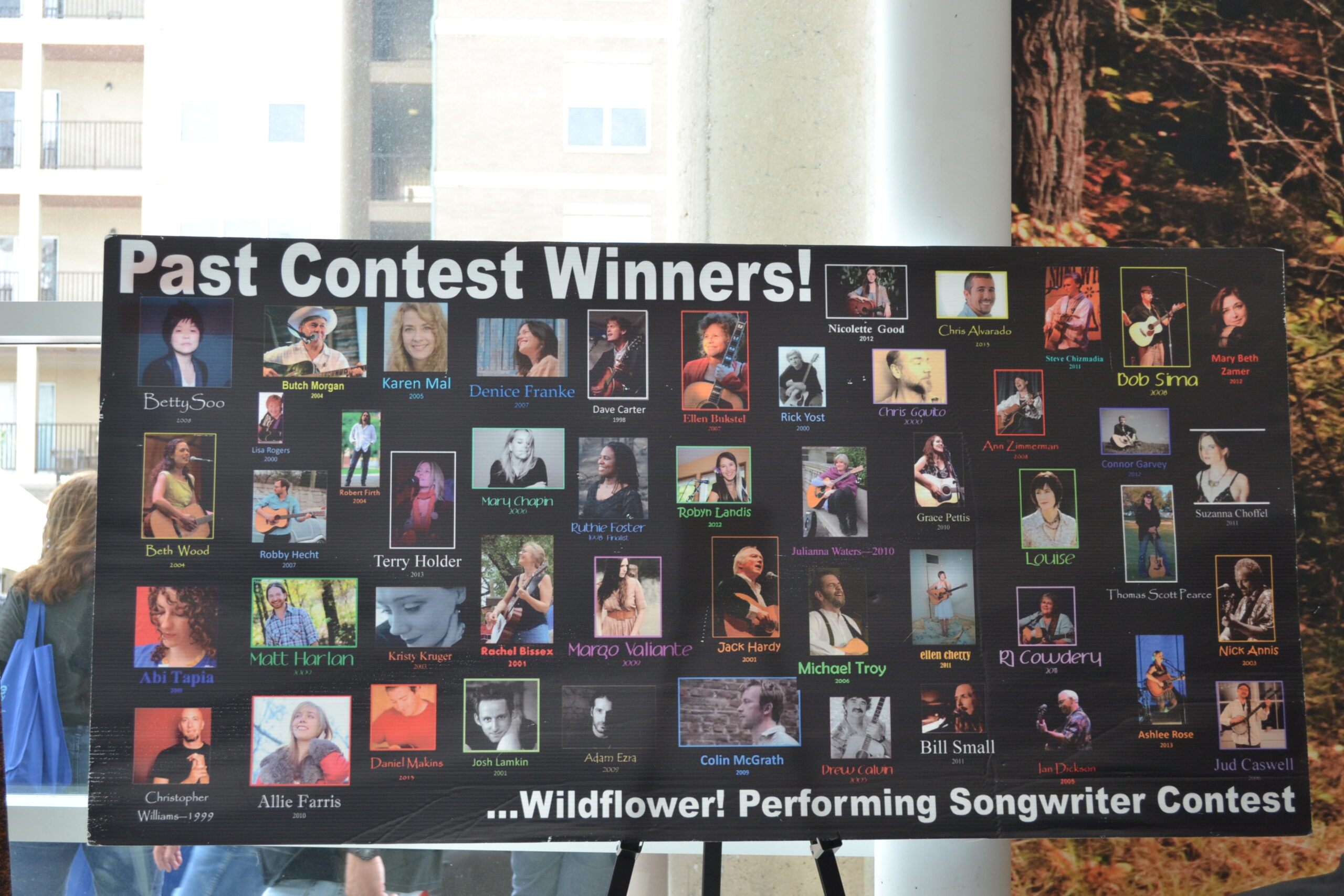 The Al Johnson Performing Songwriter Contest seeks a Top 10 to compete for a $1,000 grand prize, two days of recording at Audio Dallas Recording Studio and travel allowance. The second place prize is $500 cash and the Michael Terry People’s Choice Award is also $500 cash. This award-winning contest is accepting only 300 submissions that must be received by March 1, 2019.

The genres for this contest include Acoustic, Americana, Blues, Celtic, Country, Folk, Rock, Indie and Pop. All entries are subject to a blind-screening process by experienced music promoters, songwriters, and experienced educators familiar with original songwriting and performing techniques. Since it is a performing songwriter contest, each entry is judged on the quality of the song, as well as the artist’s presentation of the song. Selected Top 10 Finalists are invited to perform two songs in the final round on Saturday, May 18 at the Wildflower! Arts & Music Festival in the Charles W. Eisemann Center.

The Contest Rules are as follows: