THE HEART OF A LION 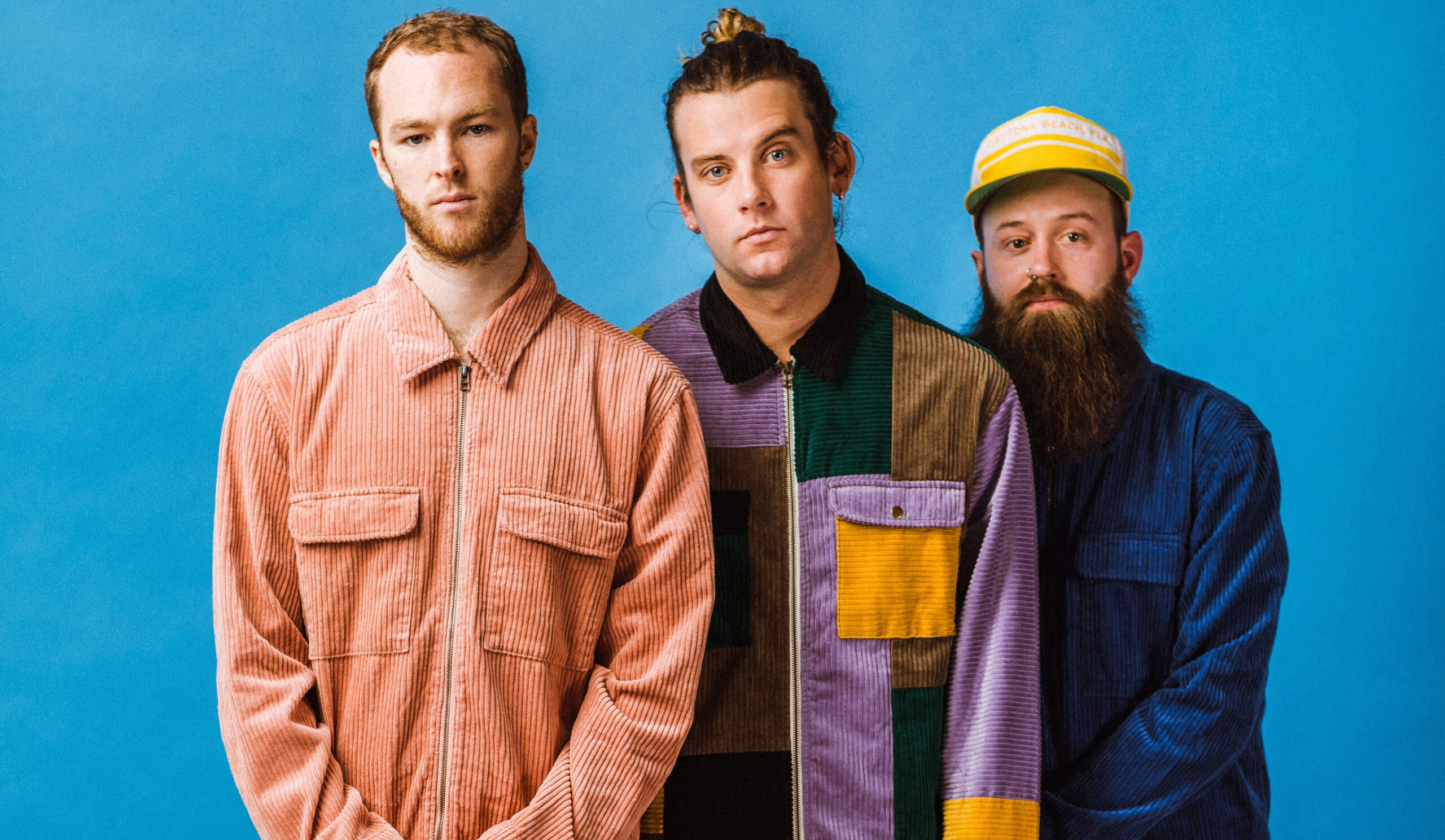 Over the past three years, Judah & the Lion has become one of the most sought-after and genre-defining acts to come out of Nashville.

Making their Wildflower! Arts & Music Festival debut, fans can expect to not only jam to their hits from the last 8 years, but be invited on a deeply visceral and personal experience as they play songs from their soul-searching new LP, Pep Talks.

Since its 2011 inception at Belmont University, Judah & the Lion has been a family unto itself.

Eponymous lead singer Judah Akers was from nearby Cookeville, an aspiring baseball player with a secret love for folk guitar. Brian Macdonald hailed from Chicagoland and was mostly obsessed with piano. Nate Zeurcher, was a son of symphonic artists in Colorado, but preferred metal.

Together, their quirky differences helped shape their inaugural sound into a bluegrass-heavy debut: produced by Dave Cobb (Sturgill Simpson, Jason Isbell) Kids These Days, and its mold-breaking follow-up, Folk Hop n’ Roll, were both created in just two weeks.

In January of 2017, Billboard magazine named Judah & the Lion their first “Chartbreaker Artist” with the success of the single, “Take It All Back.” The band later went on to win iHeart Radio’s Best New Alternative Artist in 2018.

In an interview with Renea Weaver the band describes the single: “Take It All Back” is a statement and reminder to ourselves. Why do we do what we do? What is important to us? Would we trade all of this for things that genuinely matter in our lives?”

With appearances on both popular television shows, like Conan and James Corden, in addition to sold out tour dates around the country, it would seem like Judah & The Lion were in heaven…but we uncovered that wasn’t exactly the case.

The last two years should’ve been the best of their lives, as the Nashville band toured behind a powerful single and a genre-upending album, sharing stages with heroes and playing to oceans of fans. But as everything was coming together for them, Akers’ family was falling apart in a black hole of alcoholism, affairs, death, and divorce.

Knowing they had something new on their hands, Judah, Brian, and Nate, took their time crafting a set of songs that not only shores up their one-of-a-kind sound—a heart-pounding whirl of folk, bluegrass, rock, hip-hop and electronic production—but takes the listener on a bracingly candid, surprisingly anthemic, journey from the kind of pain that tears your whole world apart, to the sort of hard-won hope that can bridge the deepest of rifts.

“Up to this point, the band’s message has mostly been: ‘Live your best life! Pursue your dreams! Follow your heart!'” says Judah, “We had to start this record with broken-ness, with this cry that says, ‘I don’t want to hide this from anyone anymore. I’m going through something. I need help.'”

Many of Pep Talks‘ songs were written on the bus after the band’s high energy shows, emotions and scenes flooding Judah’s head as he struggled to sleep. Empathy courses through yearning Kacey Musgraves duet “Pictures” as he writes from the point of view of his mom packing up the family home. Entropy reigns in the relentless, synth-and-banjo-driven “Over My Head” where he tries in vain to push the pain away: “Hydrate, caffein-ate, medicate, repeat.”

“We’ve never had an environment that was so relaxed—where everybody could speak so freely and be themselves and have fun,” says Brian. Nate adds, “Judah’s openness was inspiring, and I feel so much more ownership with this project because we all decided to believe in ourselves.”

It’s a thing you can actually feel as you work your way through Pep Talks. The group got closer and better as Nate and Brian encouraged Judah to share his truth, and the intentionality of his recovery was in turn reflected by the music. Similarly, once they got to the other side, the Akers too were in a better place: stronger, realer and more honest about who they are, where they’ve been and what’s next.

Because the point of sharing all this hard truth isn’t to shame anyone; “It’s the opposite really, the idea that being broken and admitting it is unifying—fallibility is our most common trait and if we sing about it from a stage, others will sing along.”

Experience Judah & The Lion at the Wildflower! Arts & Music Festival and prepare for a deeply moving and inspiring set on May 18th at 8:45pm!