WES COLLINS – A SOUND YOU CAN SINK YOUR TEETH INTO 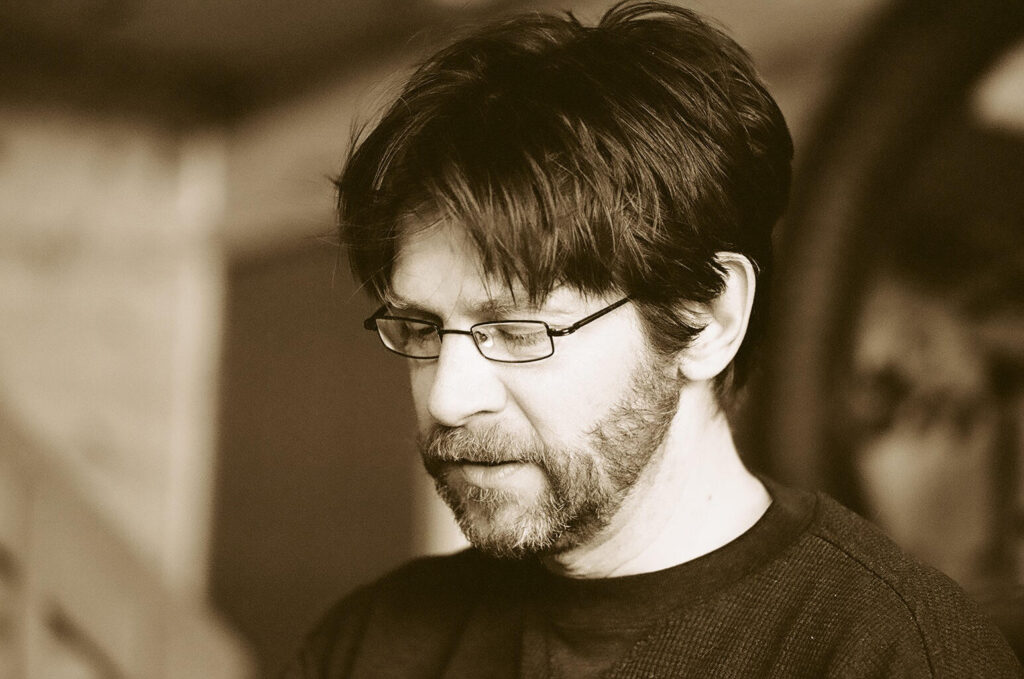 Describing his music style as “guitar-driven folk-pop with teeth,” it’s no mystery why we’d want to sink in deeper to this songwriter’s curious psyche. We sat down with Wes Collins, one of the top ten finalists in the 2018 Al Johnson Performing Songwriter Contest, in an effort to find out more about his mush-mouthed noises and how he finds the lyrics and tunes within his music.

Wildflower! Arts & Music Festival:  What is your genre of music?

WAMFest:  Do you play any other instruments other than guitar and piano?

Collins:  I know just enough bodhran (a traditional celtic frame drum) to be dangerous, so I sold mine. So no other instruments, just guitar.

WAMFest:  Are you solo? Play with any other groups?

Collins:  I’m mostly solo, but I play in a group here in Chapel Hill too. We call ourselves The Bennys.

WAMFest:  What song inspired you to become a songwriter?

Collins:  I don’t remember which particular one planted the seed. I wanted to write songs for years (and years and years) before I actually wrote one.

WAMFest:  What else inspires you to write?

Collins:  Any writing: short story, poetry, television, or movie, that articulates a point of view I hadn’t imagined before inspires me. Art like that kind of says, “hey, you know you can do this any old way, if only you connect on the other end.” And it’s odd, some artists who consistently do this inspire me to try new things, and others make me want to give up and erase everything I’ve ever done. I don’t know why that is.

WAMFest:  What typically strikes you first, the music or the lyrics?

Collins:  A strong melody pulls me into any song, and then I can get a gander at the lyrics. Nothing compares to when they land at the same time though.

WAMFest:  What makes you unique?

Collins:  (A mush-mouthed “I don’t know” kind of noise) I reckon this is true of all of us, but I’m a product of all the stuff I’ve listened to and tried to learn all these years; Neil Finn, Bruce Cockburn, James Taylor, Stevie Wonder and Patty Griffin in my case.

WAMFest:  What song can make you cry?

Collins:  Tom Meny’s “Take Me Home” destroys me. I’d love to cover it but I can’t get through it without my throat closing up. Same goes for Patty Griffin’s “Crying Over.”

WAMFest:  What song can change your mood in moments?

Collins:  “She’s an Angel,” by They Might Be Giants. It’s silly and impossibly sweet at the same time, with a beautiful melody.

Collins:  Ooh. Um, Peter Gabriel made me cry three times in one night on the US tour. Crowded House in 1993 was a high water mark for me as well. Oh! And Leo Kottke in 1987.

WAMFest:  If you could play with any artist, alive or dead, who would it be and why?

Collins:  Stevie Wonder, because STEVIE WONDER. Or, The Bothy Band, circa 1979. In either case, I’d be in sponge mode, soaking in as much as I could hold.

WAMFest:  How did it feel to hear yourself on the radio for the first time?

Collins:  The room tilted a little. Similar to when my lovely wife Anita conspired to get two of my songs lathe cut onto a 45 disc. I sat cross legged on the floor and felt six years old.

What obstacles do you face on this journey as an artist? To borrow a phrase, I tend to compare my insides with other artists’ outsides, and that’s demotivating. I am also so disorganized it’s almost funny (from a distance).

WAMFest:  Do you have any other talents or skills?

Collins:  I can do voices, and I’m a fair cook.

Wes Collins will compete for one of four $500 prizes including the Michael Terry People’s Choice Award on May 19, at 11:30 a.m. on the United HealthCare Singer Songwriter Stage in the Eisemann Center and the contest results to be announced at 4:30 p.m.  #WAMFest2018 www.wildflowerfestival.com