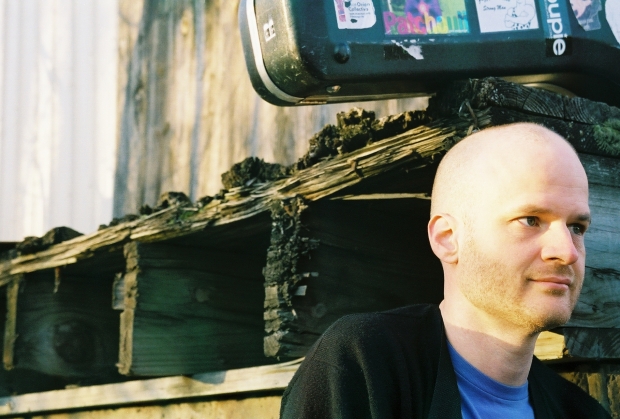 Brad Yoder is not your typical coffee shop crooner. He’s worked hard to get where he is, and to have been able to open for such diverse artists the likes of the Cowboy Junkies, Emmylou Harris, Peter Paul and Mary, Steve Earle, and Jackson Browne, it’s taken a lot of perspiration and inspiration along the way.  Playing more than 150 shows annually — everywhere from your local coffee shops and cafés, churches, and festivals all over the mid-Atlantic and Appalachia — Yoder has made it his business and personal quest to get his music out there before the masses.

Yoder is an educator by calling and trade —working as a math tutor by day to keep the lights on, so to speak, and he has also led workshops at 30 different colleges and universities on “Exploring Songwriting” and other topics including performance, creative choices for working artists, and encouraging students to “find their own unique voices.”

As his website bio explains, “It’s Brad’s unique mix of humorous, poetic, political, funky and edgy original songs, covering a musical range from folk to indie rock (with unexpected musical and lyrical twists) that has earned him a loyal following, ranging from little kids to retirees.

We recently asked Brad a few questions about himself, where he comes from, and what drives his passion for songwriting. Some of the answers may be surprising.

Wildflower! Arts & Music Festival: What was it that made you decide to enter the songwriting competition, and how did you hear about it?

WAMFest: As a native son of Pittsburgh, Pennsylvania, what would you say it is about the music scene there that has helped you be successful, and what do you see that could be done to make it even more successful for up and coming musicians in the area?

Yoder: Well, I’m not exactly a “native son”(Maybe an adopted son?), though I’ve now lived in Pittsburgh for 24 years. Pittsburgh has a vibrant and supportive music scene, and I deeply appreciate the encouragement and inspiration I get from my musician friends.

That being said, it would be great if Pittsburgh had more, better venues, and especially a stronger culture of going out to hear live music, as opposed to just going out to drink beer — not that the two are mutually exclusive. But, some good things are happening. It’s exciting to see the scene invigorated as new folks move here, and as new venues open.

WAMFest: (Two-part question)
A) What is it that draws you towards writing and performing acoustic music instead of doing something else with your life?

Writing and performing music are the only things I know which combines the intensely personal with a deep sense of being connected to community! The fact that I can write a song and have it matter to another person is amazing to me. It’s a miracle really, even if the relative number of people who know and care about my songs is small.

B) What is it about your music that separates it from other performers in your genre/style, and how did that difference come into being something recognizable to you and your listeners?

Yoder:  Well, the obvious answer is that my songs are unique because I wrote them, and I’m a specific human with unique experiences. I think I write songs that are unexpected, that take interesting twists both lyrically and musically, and which potentially may surprise listeners. Not everyone wants to work that hard, but I’m grateful that I get to write and play for whoever shows up to listen. 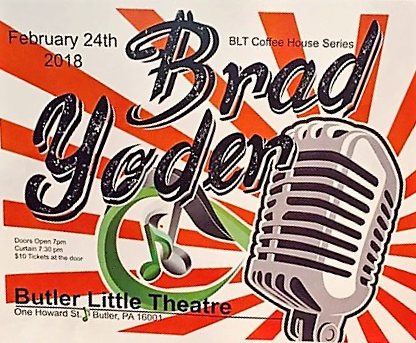 WAMFest: A) Who are some of the artists/bands and/or songs that have inspired you over the years, and…

Yoder: There are so many! I love thoughtful, heartfelt, creative, personal songs which surprise me, and there is no shortage of songwriters who can do that. The short list would include Joni Mitchell, John Prine, Elliott Smith, Ani DiFranco, Dan Bern, and Judith Avers… I’ll stop there, but it’s a really long list. I love songs that take root in my brain and hang around for a while, like “Poison Oak”, a Lucy Clabby song from Pittsburgh alt-folksters Buffalo Rose. Great songs are distilled — they squeeze big truths into just a few words, and I love that. Here’s one — “People in the Hole”, by Catherine Feeny. I could tear up just remembering that song exists.

B) What does it take for something to inspire you two write a song about it?

Yoder: That is totally unpredictable! Often, things which seem like obvious “song material” don’t end up in a song, while something seemingly small and minor may spark things.

Really, if you’re paying attention — something I try to do, with varying degrees of success — then any day is filled with moments and details which are the seeds of great songs. Catching and cultivating them is often hard, but the seeds are everywhere.

WAMFest: Describe what it’s been like for you to get to where you are now, and what were some of the most difficult obstacles you’ve had to overcome, and also what have been some of the things that have happened to you along the way that were special – made you look at things in a different light?

Yoder: I think the most important thing is to just keep doing the thing you’re hoping to get better at, and not judge the process too much. There’s no substitute for mileage.

I’ve struggled with self-doubt, as I think most creative people do. And I’ve felt sadness when I haven’t given music the time and attention it needs. But mostly, I’m grateful to still be musically active, and that I still write a new song every now and again that I’m excited to play for people.

WAMFest Bonus Question!  If you are chosen as the winner, what will you do to celebrate?

Yoder: It may sound cliché, but I already feel like I’ve won just by being invited to be part of this. I look forward to celebrating how inspired I am by listening to my fellow contestants, and enjoying how many different ways there are to make good songs. It’s humbling, and exciting to be part of the song-making community.

To be more specific, I could see myself high-fiving the eventual winner(s), unless that seems super-awkward. I might do it anyway…

Brad Yoder will compete in the Al Johnson Performing Songwriter Contest on Saturday, May 19, 2018 at 11:30 a.m. on the United Healthcare Singer Songwriter Stage in the Eisemann Center. Brad will also perform on Sunday, May 20, 2018 at 1:30 p.m. on the CityLine Stage at the 26th Wildflower! Arts & Music Festival. Tickets available www.wildflowerfestival.com and more information about the contest: https://wildflowerfestival.com/songwriter-contest/. 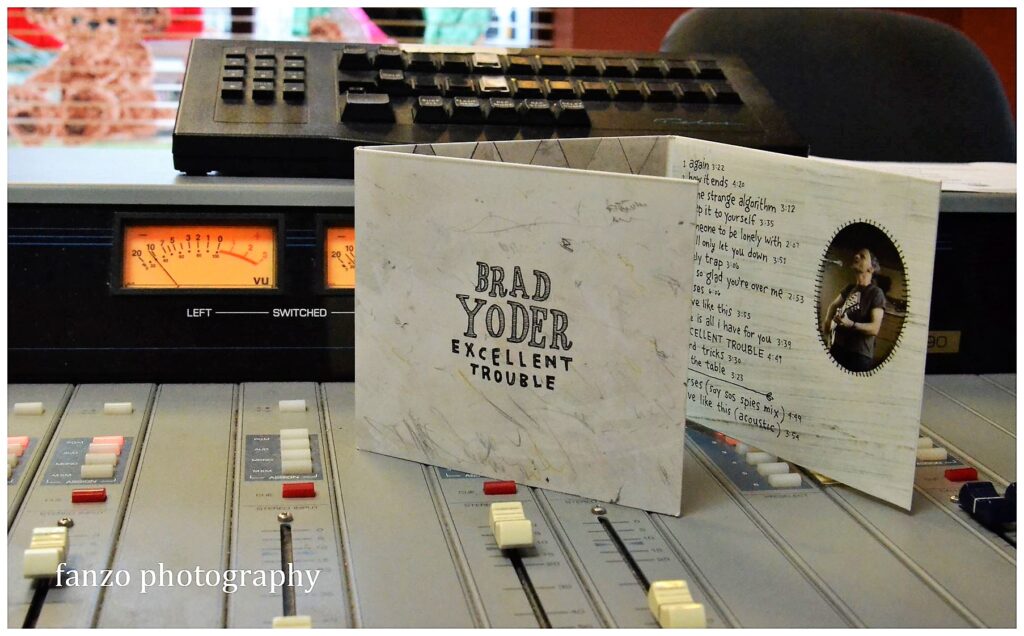