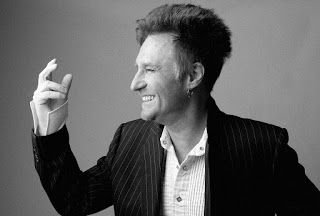 We have been missing John Waite since he’s been gone. The English-born lead singer of The Babys and Bad English is back in Texas after his Wooden Heart Acoustic Tour along the North Eastern part of America. For the past 35 years, John Waite has been writing, recording and performing his music for not only the love of song, but the love of his fans.

Since going solo in 1982 with his debut album “Ignition,” Waite has had growing international success, including 1984s “Missing You,” which landed him a #1 hit on the U.S. Billboard Hot 100 and a top ten hit on the U.K. Singles Chart. A move that knocked Tina Turner’s “What’s Love Got To Do With It?” from the number one spot. Waite has also had successful soundtrack singles for films like, “About Last Night,” “Rover’s Return” and “Days of Thunder.”

In 1988, Waite reunited with former bandmates, Jonathan Cain, and Ricky Phillips, along with Neal Schon and Deen Castronovo, two former Journey members, to form the sugergroup Bad English. Although Bad English broke up in 1992, they released two albums and reached both no. 1 on Billboard’s Hot 100 and earned a gold-certificate single.

You may have noticed Waite’s single “Missing You” in the movie Warm Bodies, but John Waite and Alison Krauss re-released the ’84 hit single as a duet and even performed it on The Tonight Show back in February 2007. Listen to hit songs here: http://www.last.fm/music/John+Waite

Waite hasn’t slowed down on touring either. In addition to his own touring schedule, in 2003 he toured with Ringo Starr & His All-Starr Band, and in 2005 John Waite was the opening act for Journey. Coming off the release of his greatest hits album, Waite has no plans to slow down. Tackling the beast that is the music industry with his take on rock, blues and country, this has transformed the lead singer into a rock star, balladeer, storyteller, and above all, entertainer. More info about John Waite may be found on his website: http://www.johnwaiteworldwide.com.