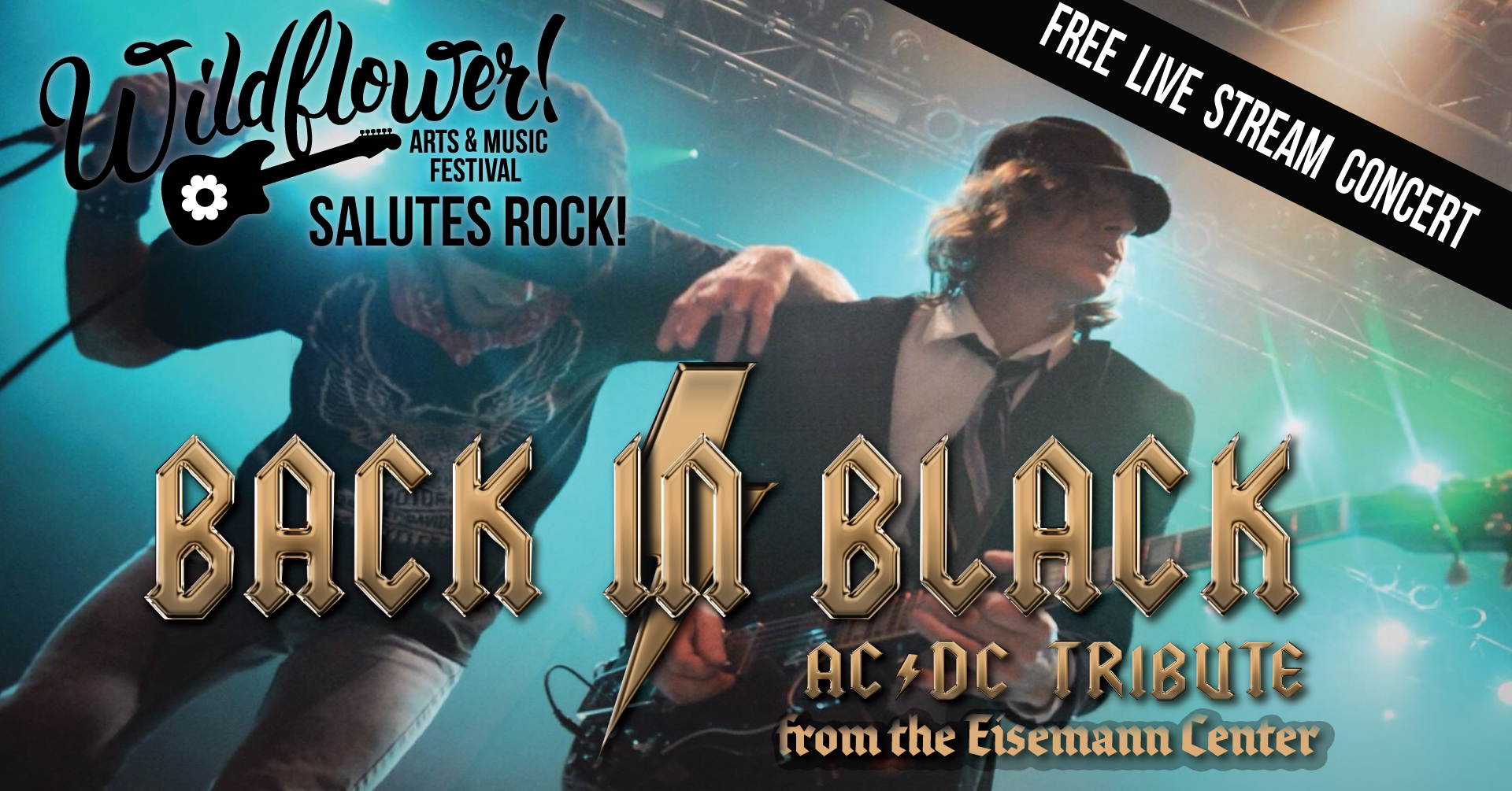 Wildflower! Arts & Music Festival salutes rock with a concert by Back In Black AC/DC Tribute band on May 15. This high-voltage set will be streamed at 7 p.m. from the Hill Hall stage inside the Charles W. Eisemann Center for Performing Arts in Richardson, Texas. The Eisemann Center is one of the leading performing arts facilities in the metroplex and provides two of the six stages fans experience during the annual Wildflower! Arts & Music Festival.

Back In Black Tribute Band formed in 2000 and have since toured major arenas, recorded for television and movies and headlined festivals across the nation. The five experienced musicians, Darren Caperna, Mike Mroz, Sheldon Conrad, Ramiro Noriega and Ken Schiumo; collectively deliver a high-energy performance that is explosive and exciting. Tickets to the Back In Black AC/DC Tribute Concert are free for all fans who sign up to receive viewing access at www.wildflowerfestival.com/salutesrock. Virtual doors open at 6:30 p.m.